Necessary
These cookies are essential for the operation of the site.
Statistic
To further improve our offer and our website, we collect anonymous data for statistics and analysis. Using these cookies, we can, for example, determine the number of visitors and the effect of certain pages on our website and optimize our content. In addition, these cookies are used to show you personalized content that suits your interests.
Home » News » SEKISUI SPR becomes RTi

During a management buyout (MBO) in January 2016, the incumbent management team acquired a 100% equity interest in SEKISUI SPR Construction and SEKISUI SPR Europe. The company is now managed under its new name RTi Rohrtechnik international.

The Japanese group has now decided to focus its European business exclusively on the spiral-wound technology. This will be leading to a partnership between the construction companies and SEKISUI.

The CIPP technology as well as all other pipe rehabilitation techniques will remain part of the holding company SEKISUI SPR Construction GmbH under the management of Mr. Wolfgang Steinbichler and Mr. Frank Rust, without involvement of SEKISUI. During a management buyout, the successful management team, Mr. Wolfgang Steinbichler and Mr. Frank Rust, together with two other investors, acquired a 100% equity interest in SEKISUI SPR group from the previous owner SEKISUI Chemical Co., Ltd. The acquisition transaction was completed and became effective on 8 January 2016.

RTi Rohrtechnik international group will comprise two divisions: the pipe technology division with the construction companies and the production, sales and engineering division.

All companies acting under the umbrella of the pipe technology division receive the following RTi logo.

The production, sales and engineering division receives the logo of NordiTube, the established and well-known brand of the leading provider of CIPP technology products.

The head office of the entire group of companies is located in Altenberg/Linz.

The group – comprising the construction companies in Austria, Germany, Poland, Romania, Czech Republic and Slovakia as well as the production site in Belgium and the global trading company – employs approximately 340 people throughout Europe.

A NEW NAME FOR MANY YEARS OF EXPERTISE

The management team and all our employees you have grown to trust will remain at your service and assist you with their expertise.

The broad portfolio of services of RTi Rohrtechnik group will continue to comprise the full range of state-of-the-art techniques of trenchless inspection, cleaning, repair and rehabilitation of pipes of all sorts as well as the installation of new pipes, tank repair, municipal water management and landfill construction services.

This allows the group to offer the perfect solution to any problem arising with defective gravity or pressure pipes ranging from DN 80 mm to DN 5500 mm.

In addition to its strong presence in the Austrian and German markets, the pipe rehabilitation specialist will also continue on its path to globalisation. “The group is already well-represented across Europe with its network of seven subsidiaries, and operates a trading company which sells installations and materials to partner companies all over the world. Especially large-scale projects and EU-funded building projects in the environmental and infrastructure sectors open up great business opportunities for us in Central and Eastern Europe as well as in the Middle East. Among others, the company was awarded contracts for large scale projects in the Czech Republic and Georgia. Our construction activities in these countries will be completed this year. Other large-scale and follow-up projects are already being negotiated,” says Ing. Wolfgang Steinbichler.

Last year, the company was able to increase its annual turnover. The new ownership structure and the focus on its core business – pipe liner technologies – strengthen the existing market position of this successful pipe rehabilitation company. “Last year our business was going really well, and our order books were filled in all product and service areas. The know-how we have built over the years, our excellently trained and experienced staff as well as our cutting-edge technologies will ensure the supreme quality and reliability of our services also in the years to come. Our outlook on the future is highly optimistic!” adds Ing. Wolfgang Steinbichler.

RTI – FIT FOR THE FUTURE WITH INNOVATIVE PRODUCTS

The company is excited to welcome the experienced management team as the new company owners. In the forthcoming months, further ownership interests shall be transferred to senior executives in the Austrian and German subsidiaries as well as in the sales and production areas. The new company will be presented to the expert community at IFAT, the world’s biggest tradeshow for environmental technologies, in Munich in May 2016.

“We are pleased to count on your support as we create a new chapter in our company history, and we would like to take this as an opportunity to thank you for your consistent loyalty and trust,” concludes Mr. Frank Rust.

The management buyout and the name change represent a milestone in the company’s development, and the new managing partners as well as the entire team look forward to many more successful years of business. 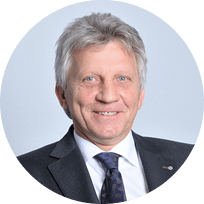 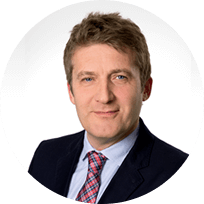