Necessary
These cookies are essential for the operation of the site.
Statistic
To further improve our offer and our website, we collect anonymous data for statistics and analysis. Using these cookies, we can, for example, determine the number of visitors and the effect of certain pages on our website and optimize our content. In addition, these cookies are used to show you personalized content that suits your interests.
Home » News » Cross-border project

The RTi team has outdone itself once again in Burghausen, Bavaria: It used some six tons of resin to install a 127-meter long pipe liner with a final wall thickness of eleven millimetres, rehabilitating a DN 1000 mm service water pipeline belonging to Wacker Chemie.

Also known as a culvert in technical jargon, it serves as an important water supply line for sensitive process water for the international chemical group passing under the Salzach River, which flows between Austria and Germany. The project was planned and prepared in cooperation with the group and with the support of the German and Austrian authorities. What made this project special were its cross-border execution and the respective requirements of the different authorities in the respective countries. In addition, special safety requirements at the plant and country-specific COVID regulations that had to be taken into account.

The short time windows available for the project execution were also rather unusual. A mere seven days were scheduled to complete the whole project – from decommissioning to recommissioning of the pipeline.

The team had to drain, disconnect and clean the pressure pipeline with super-high pressure cleaners, as well as install the liner and reconnect it – all within this tight time window.

Another challenge was the high groundwater level. The excavation pits were set up using tight sheet pile walls to allow the groundwater to sink. In addition, the level of the Salzach River had to be permanently monitored.

As a pipe rehabilitation specialist serving the industry, RTi knows that projects, especially in the industrial sector, have to be completed particularly quickly and on schedule. In the case of the Bavarian chemical group, it was the only way to keep production downtimes at a minimum. Thanks to the team’s excellent project preparation and fantastic commitment, RTi once again succeeded in completing the rehabilitation project flawlessly and on time. As a result, the client’s satisfaction was complete. Our thanks go out to the entire team. 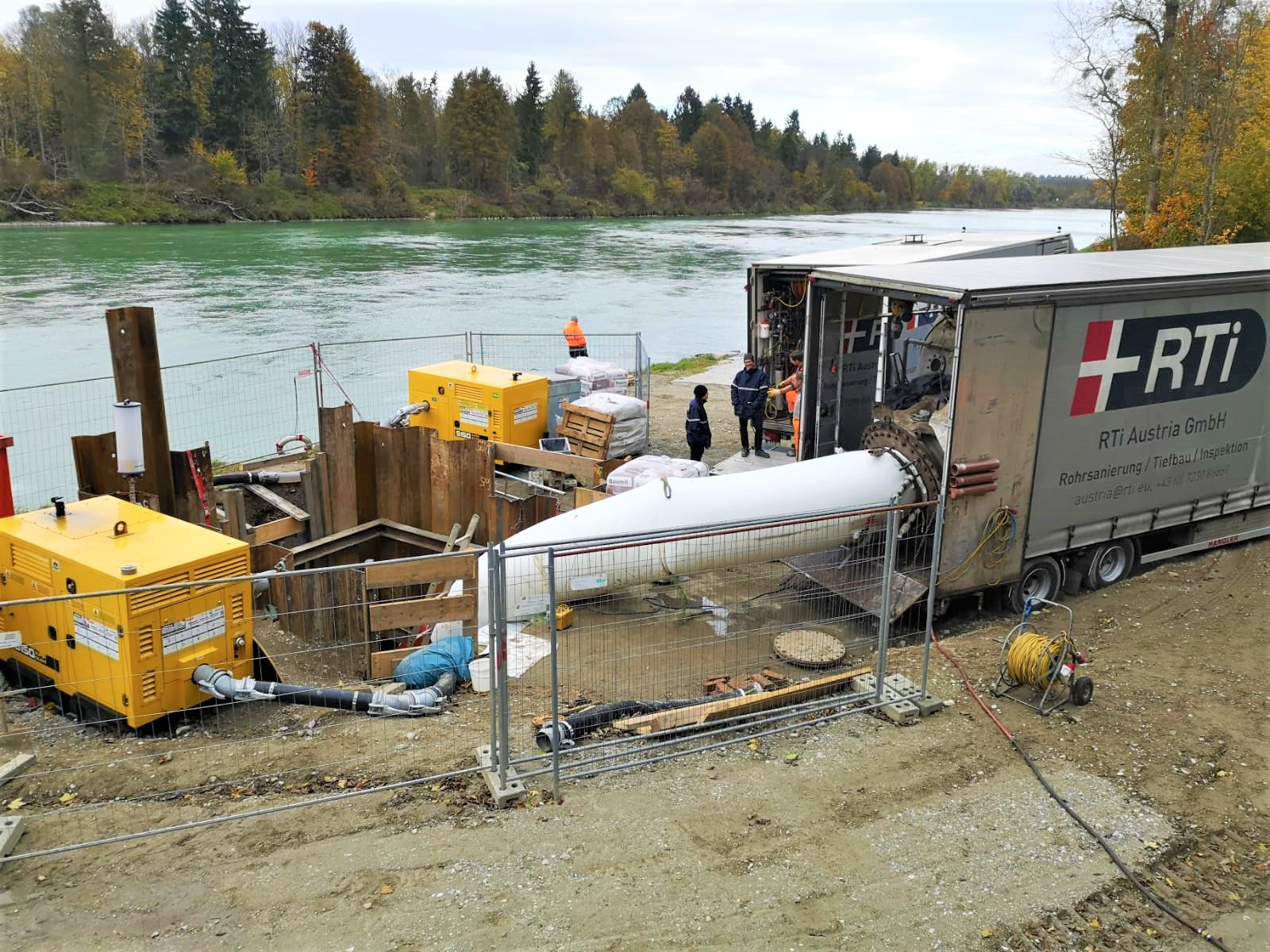 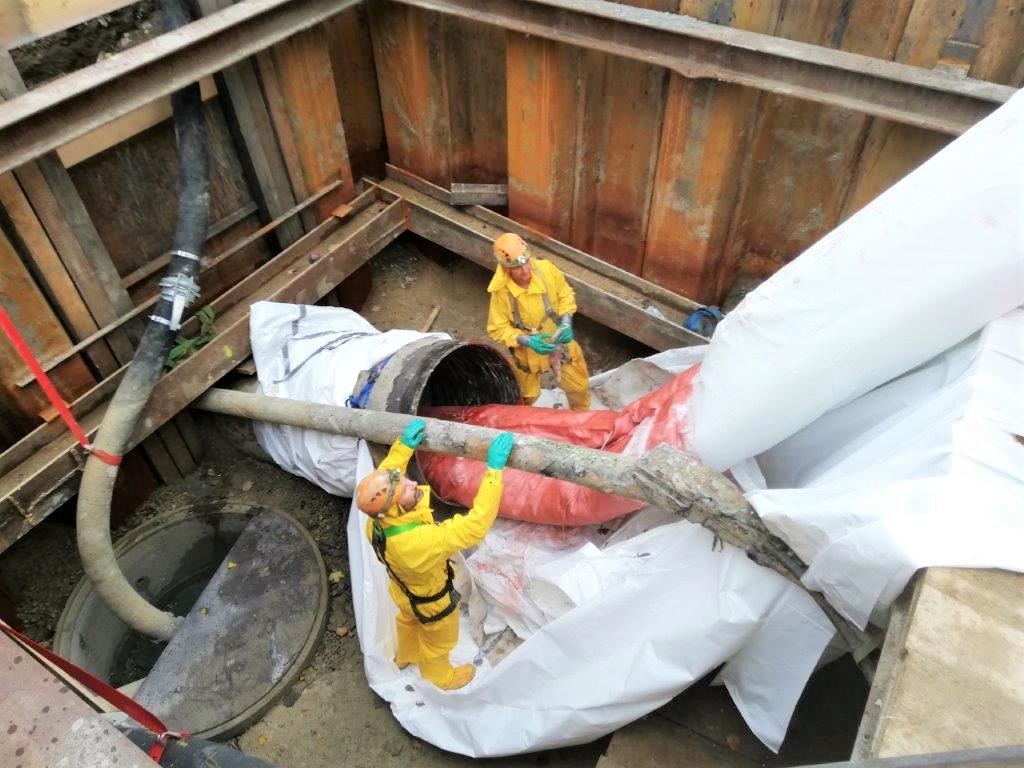 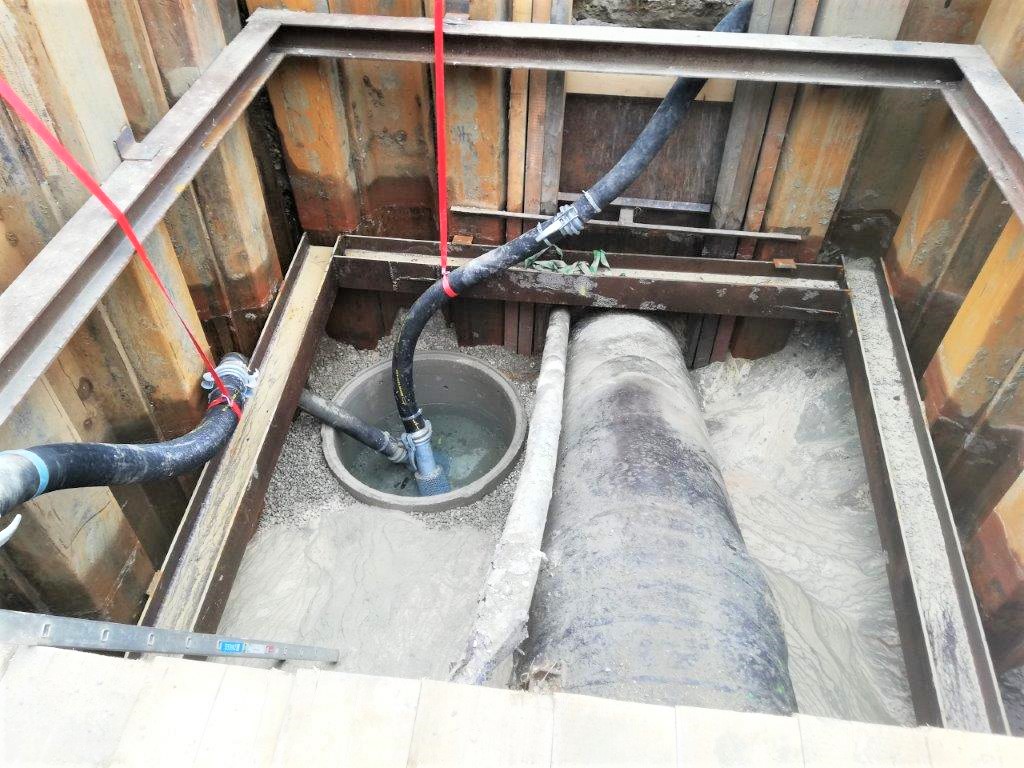